MONROVIA,LIBERIA-The Liberian Economy Group (LEG), has warned the government to stop reneging on its responsibility to promote the manufacturing industries in order to end spiraling recessions and spur real economic growth. 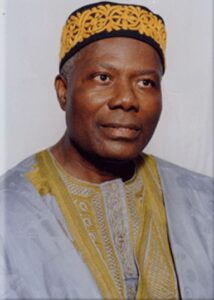 The LEG, headed by Dr. Togba-Nah Tipoteh, said the country can experience economic growth if the government stop facilitating the importation of products that should be produced in-country, which hampers the local manufacturing industries.

The group, in a report, said the country’s economic problems can also be solved if the government adds value to the natural resources, as in the development of raw materials, mainly for local consumption, rather than doing so for the foreign export.

“Liberia must stop adding value in foreign economies, as seen in Liberian raw materials being exported to foreign countries where value is not added through manufacturing — a process which needs to be changed. Liberia can only experience economic growth if the government begins to add value to raw materials through manufacturing to provide for local consumption and have the rest to be exported,” the report said.

“The problem of falling global prices of Liberia’s exports and high global prices of Liberia’s imports would not arise if the government prioritizes manufacturing by pursuing policies that push for value addition on Liberia’s raw materials. To be credible, GoL must lead in purchases by purchasing only from Liberian-owned businesses what they can produce, and what they sell that cannot be produced in Liberia.”

The group’s recommendation comes at a time when the country is in the throes of rising inflation and a heavily devalued local currency against the U.S. dollar. More to this, there is a major slack in private investment and foreign investors have shied away from Liberia due to the high frequency of political protests in the country.

Currently, the World Bank Group 2019 outlook report on the Liberian economy revealed that Liberia’s economy is projected to contract by 1.4 percent, following the modest growth of 1.2 percent in 2018. The report also stated that inflation reached 31.3 percent by August 2019, up from 26.1 percent the previous year.

The LEG further called on the government to learn from China to promote the value addition of resources, which has enabled the People’s Republic of China (PRC) to reduce poverty rate from 80 percent to  3 percent and having a near 7 percent percent economic growth rate.

LEG added that, for Liberia to get the foreign exchange rate to go down, state managers will have to prefer the Liberian dollar to the United States dollar for daily business transactions.

“When Liberia adds value to the production of Liberia’s raw materials, through manufacturing, and export the manufactured products, after attending to local consumption, then we get needed foreign exchange to import products that we cannot produce,” the report said.

The report added, “When Liberia imports only those products that we cannot produce at his time, while concentrating on local production and consumption of products from Liberian businesses, the Liberian dollar gets stronger, local prices become bearable and mass poverty elimination moves towards reality.”

Meanwhile, the LEG has called on the government to increase the value of human resources, through education, which they say will make the country better for all Liberians.

Dr. Tipoteh group furthered said such education must necessarily be based on the use of Liberian culture as the basis for educational development, because the longstanding domination of western culture, especially American culture, in Liberia’s educational system makes it impossible for Liberians to understand Liberia’s problems and take action steps to solve these problems.

Liberia scores below Regional Average in …

NaFAA locks in discussions with stakeholders to end...

We have not approved the launch of any...

House of Rep. concurs with Senate for use...