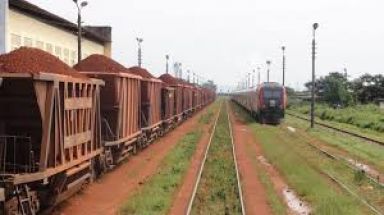 MONROVIA, LIBERIA – The Government of Liberia and Niron Metals has signed a memorandum of understanding for the passage of iron ore from the Zogota Iron Ore deposit in Guinea through Liberia for shipment.

The move is to further help improve infrastructure development in existing rail and port sector among the two neighboring countries.

The MOU is in fulfillment of President George Weah’s recent visit to Senegal where he met with his Guinea counterpart, President Alpha Conde, to help build economic cooperation between the two West African nations.

As part of the MOU, the government of Guinea has already given authorization for Niron to export material from Zogota in compliance with the mining code of Guinea since 2013.

The agreement which now opens new chapter and help to support the development of a world-class mining and logistics project for the benefit of the people in the Mano River Union Basin, was signed on behalf of Liberia by the Chairman of the National Investment Commission, Molewileh Grtay, while Sir. Mick Davis signed on behalf of Niron.

According to the Niron Boss, the agreement is a great milestone in its plans to develop Zogota project.