HOLLYWOOD,USA-Liberia’s Culture Ambassador Juli Endee has received the International Humanitarian Image Award from Hollywood in the United States of America. 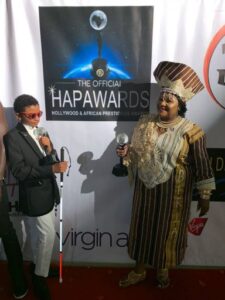 The award was given to the Liberian Culture Ambassador Sunday, evening, September 30, 2018 at the Hollywood African Prestigious Award ceremony in Los Angeles, California.

Ambassador Endee was recognized for her numerous humanitarian initiatives in Liberia and the sub-region, and for using arts and music to promote peace and humanity.

Meanwhile, Ambassador Endee is thanking the Government and people of Liberia for the support they continue to give her.

She promised to continue working hard in the interest of serving humanity in Liberia and the rest of the world.

Minister Cooper urges farmers to work together to...

‘Sinoe has Vast Resources to Create Jobs for...