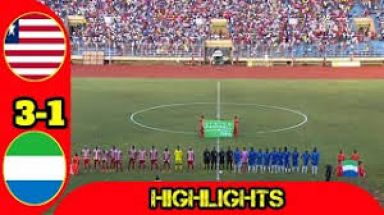 The President condemned the act strongly and has apologized to Fifa for this embarrassing behavior.

According to President Weah, this kind of unwholesome behavior could lead to Liberian Spectators been banned from attending future Lone Star games, leaving the team to play on an empty stadium.

President Weah told ELBC that no unauthorized persons, including fans, are allowed on to the playing parameters of the pitch during and after the game, because that compromises the security of the playing teams.

President George Weah, meanwhile, has commended the Lone Star for the good win over the Leone Stars, but reiterates that such uncontrollable behavior by the fans at the SKD should never be repeated.

The Chief Patron of Sports, President George Weah, will later today tender a dinner in honor of the two teams at his private Jamaica Resort on the Robertsfield Highway.

Artificial turf to be installed at SKD Stadium playing pitch