Who is DenG? A brief profile

Daniel George (born September 1, 1984), known by his stage name DenG, is a Liberian singer and songwriter from Bong County. 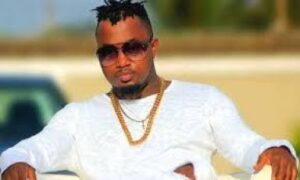 He made history by becoming the first Liberian artist to receive a nomination in the Listener’s Choice category at the 2016 MTV Africa Music Awards.

Deng is a native of Bong County, Liberia, and the descendant of the Kpelle Tribe in Liberia.

As a child, DenG joined the church choir where he discovered his interest in music. When the civil war erupted in Liberia, DenG, alongside his family, migrated to neighboring country Ghana in search of refuge.

In Ghana, he attended the Achimota Secondary Boarding School and later joined a singing group in the school.

DenG later returned to Liberia and continued his education at the United Methodist University, majoring in Business