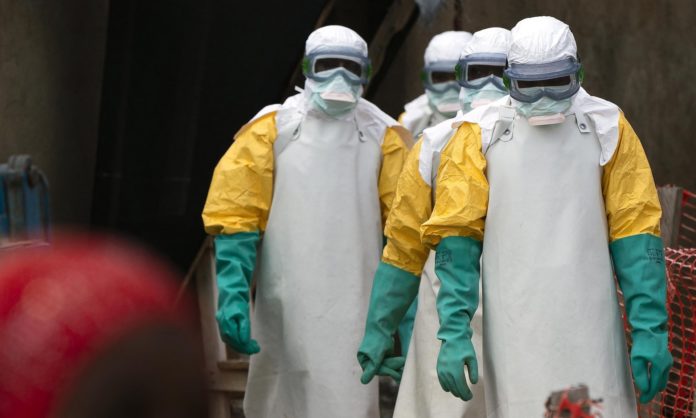 ITURI,DR CONGO-Three health workers fighting to curb the spread of the Ebola virus in the eastern region of the Democratic Republic of Congo have been killed and four others critically injured after an attack by armed groups in the restive Ituri province.

Tedros Adhanom Ghebreyesus, the head of the World Health Organization (WHO), tweeted about the incidents in the Biakato Mines and Mangina response centers.

On Tuesday, the WHO said it was relocating 49 staff after crowds attacked a UN base in the town of Beni accusing UN forces of not protecting them from rebel attacks.

Ebola responders have previously been targeted by militias and people who do not believe the fatal virus is real and also have deep suspicion about how the vaccine is administered.

A few weeks ago a journalist who was raising awareness about Ebola in the north-eastern province of Ituri was killed and his house burnt down.

DR Congo is experiencing the world’s second-worst Ebola epidemic on record, which has killed more than 2,000 people and infected over 3,000.

The outbreak is affecting North Kivu, South Kivu and Ituri provinces, which are already riven by violence perpetrated by militias operating there.

Election must be accorded within the confines of the Law – CPP Lead Lawyer...