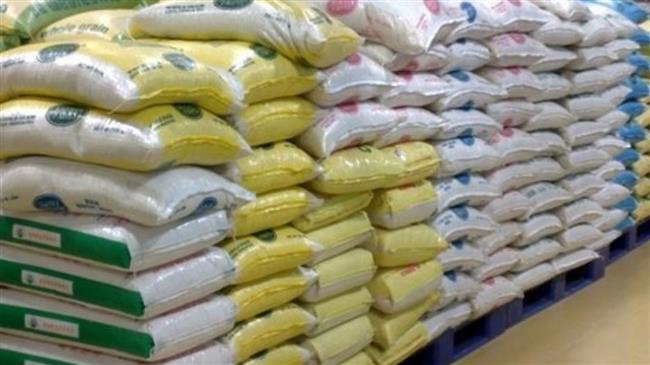 MONROVIA, LIBERIA-The Commerce Ministry has announced the arrival of more than five-thousand metric tons of rice into the Country.

The consignment of rice is in response to President George Weah’s request to his Japanese Counterpart, while attending the 2018 Tokyo International Conference on African Development in Japan.

Making the disclosure at a press conference Tuesday, December 3, 2019, Commerce Minister Wilson Tarpeh said:” The rice will be sold for Ten United States Dollars, fifty US Cents on the Liberian Market.”

According to Minister Tarpeh, proceeds from the sale would be used for meaningful projects designated by the Liberian Government.

The rice is a type commonly known as Butter Rice and weighs thirty kilograms per bag and is being distributed by Fouta Corporation and the United Commodity Incorporated (UCI).

Meanwhile, Minister Tarpeh said:” The Ministry is working along with the Central Bank of Liberia (CBL) to stabilize the prices of commodities in line with drop in the rate of the United States Dollar.”

He said the Ministry is also engaging the business community to guarantee that prices commensurate with the fall in the foreign exchange rate.

At the same time Minister Tarpeh has reiterated calls for consumers to report any business entity or individual refusing Liberian Dollar in demand for US Dollar for transactions.

The Commerce Minister said such action is violation of the CBL Act of 1999 and is punishable under the law.