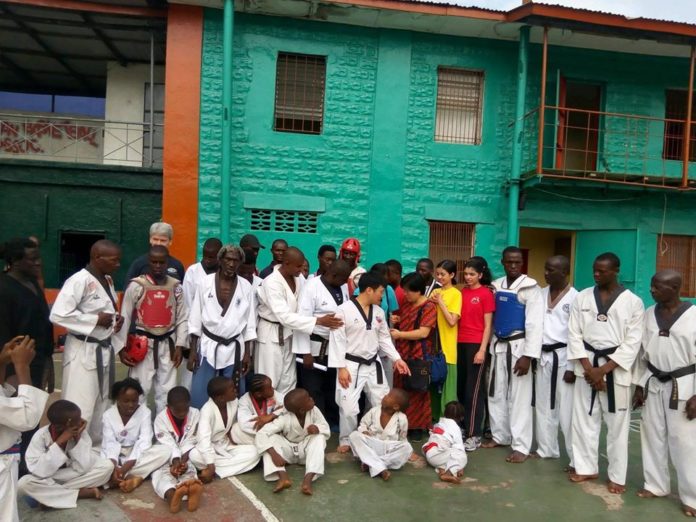 Monrovia Liberia – The Liberia Taekwondo Federation says it is in search of twenty two thousand United States dollars to enable it participate in this month’s African Taekwondo qualifier for Tokyo 2020 which takes place in Morocco and the United States Championship.

The Tokyo qualifier for African countries will kick off this weekend in Rabat; Morocco, while the U. S Championship will take place next week.

Liberia Taekwondo Federation President, Master Larry Bruce told ELBC Sports, Liberia could face sanction or fine from the African Taekwondo body if the country missed out on the competition.

Master Bruce said nine athletes that are expected to form the two delegations to Rabbat and the United States have been training for months, but the issue of financial support has become a serious issue.

According to Master Bruce, the Taekwondo Federation has written communications to several entities including the Youth and Sports Ministry for support.

He disclosed that Orange Liberia has made an initial contribution of one air ticket for the delegations.

The Taekwondo activities are currently taking place at the Sports Commission on the Broad Street.