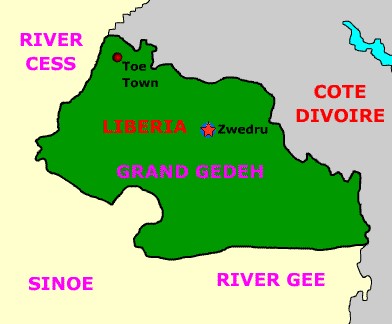 They are accused of burning to ashes three shops storing seed rice and two tents used as shelters on a farmland claimed by one family from Zleh Town, in Gbarzon District.

According to Police Charge sheet, the value of the damaged properties is estimated at five hundred and sixty one thousand Liberian dollars.

Following an investigation, police have turned the suspects over to county prosecutors at the 7th Judicial Circuit Court in Zwedru.