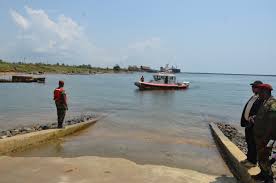 MONROVIA, LIBERIA – A crew of missing fishermen from the Popo Beach Fishing Community on Bushrod Island in Monrovia has been rescued.

The fishermen, who went missing on Friday, March 20 while fishing, were rescued by the National Fisheries and Aquaculture Authority (NAFAA), in collaboration with the Liberia National Coast Guard.

They were rescued after their canoe’s engine failed at sea. Since 2010 to 2017, more than one hundred fishermen have lost their lives.

During the last rainy season, about nine fishermen also lost their lives while fishing, due to lack of safety measures, despite NAFAA’s organized awareness efforts.