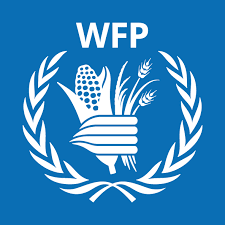 Monrovia – Liberia, The World Food Programme (WFP) Liberia says it remains committed to collaborating with the Government of Liberia for the successful execution of the GOL COVID-19 Household Food Support Program. The COHFSP is an important safety net for people affected by COVID-19 in Liberia.

WFP said the program is providing a month’s supply of food for around 2.5 million most vulnerable people across Liberia.

A WFP release said 50 kg of rice, 10 kg of beans and 1 gallon of vegetable oil will be provided to every household affected by the coronavirus.

WFP said transportation and distribution will cost approximately three dollars sixty cents per person and are covered under the WFP budget.

According to the release, WFP’s top priority is to meet the food security and nutrition needs of the most vulnerable and needy communities in Liberia.

It said it will distribute food in a fair, gender-sensitive, accountable and transparent manner to ensure that the most urgent needs are met in an equitable way, and that the highest standards of assistance are applied.

Meanwhile, WFP put the total budget of the program to 30-Million United States Dollars comprising the cost of the food basket, including rice, beans and vegetable oil as well as costs of storing, transporting and delivering the assistance to vulnerable households.

According to the WFP release, 25-Million United States Dollars comes directly from the Government of Liberia and US$5 million from the World Bank.

The release said WFP understands that the Government has transferred the amount to WFP’s account as per the signed Memorandum of Understanding between the Central Bank of Liberia and the Ministry of Finance and Development Planning.

WFP noted that the value of the food is estimated at an approximate total cost of US$20.4 million, pending the final award of all contracts to suppliers.

The WFP release maintained that the portion of the budget that constitutes the costs of storing, transporting, and delivering the assistance or operational costs is estimated at US$7.8 million.

It said LISGIS’ enumeration exercise will cover over 500,000 households at less than US$ 3.4 per household.

According to the release, around 6 percent of the budget goes towards meeting essential minimum costs for WFP to deliver its life-saving assistance – this is standard across all the countries where WFP works and is in line with international standards of aid delivery.

It said these include allocations toward the support costs of the Liberia Country Office directly linked to the execution of the program (e.g. applicable rental costs, back office staff costs etc).

WFP maintained that resources from the COHFSP budget are independently managed by the WFP and not by the Government of Liberia.

It said Government entities will receive resources for specific food-related tasks, such as enumeration, which LISGIS is leading, or communications and security through WFP’s accounting and financial management systems.

The COHSFP has established a Finance and Budget Committee chaired by the World Bank that approves expenditures.  WFP will provide a financial report on expenditures accrued for the implementation of the COHFSP to the Government through the Steering Committee.

More than 1.9 million children across Liber to be vaccinated for Typhoid in March