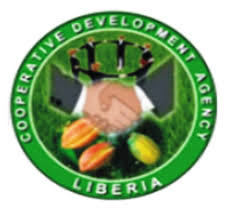 MONROVIA, LIBERIA – The Cooperative Development Agency (CDA), has concluded the conduct of a Nationwide Cooperative Situation Assessment, but said the lack of finance as a major challenge to farmers.

According to CDA Director-General, Reginald Sokan-Teah, the assessment shows that farmers are ready to work, once they are financially empowered.

Speaking Thursday at the Information Ministry Press briefing, Mdam Sokan-Teah emphasized the need for more support to farmers and the strengthening of cooperatives to rescue the country’s economy.

The CDA Director General has at the same time spoken of ongoing efforts by the agency to help Liberia achieve food security through cooperative approach.

Madam Sokan-Teah disclosed that famers across the country are making progress in food production, but pointed out the lack of farm to market road as another hindrance to the work of the farmers.

Government to Establish a Database to Enhance Support to local Farmers