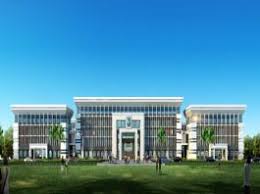 MONROVIA, LIBERIA-The Government of Liberia has dedicated the first ever biggest market in Liberia.

It is called the 14 Go-ba-Chop Market located in the Omega Community in Paynesville City.

Speaking at the official dedication of the Market on Friday, October 9, 2020, President Weah assured of the Liberian Government’s continued support to the Market Sector.

President Weah, however, said:” The vibrancy of the Market Sector depends on the peace and unity of the marketers.”

The Liberian Leader also called on those responsible for the market to ensure proper maintenance of the facility at all times.

He disclosed plans for the groundbreaking of the Douala Market soon.

President Weah paid special tribute to the Japanese Government for providing eighty-per-cent of the funding of the market.

At the same time, the President of the Liberia Marketing Association (LMA) is commending the Liberian Government for the construction of the market and infrastructure development in the Country.

LMA President Alice Yeaban, however, appealed to President Weah to include school, children playground, warehouses and cooling facilities to the market.

The LMA President said this will enhance the education of their children and ensure the storage and maintenance of their goods at all seasons.

Madam Yeaban extended palm branches to all members of the LMA, and pleaded for forgiveness for all for whatever wrong they have committed in the past.

Also speaking, the Head of the 14 Go-ba-Chop Market, Hawah Bono, expressed happiness for the modernization of the market and pledged to keep it clean and save.

Meanwhile, the Executive Director of the Liberia Agency for Community Empowerment (LACE) said the newly constructed market will benefit the people of Liberia.

Mr. Yeke said the market with a capacity of over one-thousand marketers will impact the lives of the citizens through the provision of increased agriculture productivity.

He said the market will also help in the reduction of huge traffic congestion caused by street sellers in the Red Light area.

Also speaking, a proxy for the City Mayor of Paynesville said the Paynesville City Corporation (PCC) will ensure that the market is regulated.