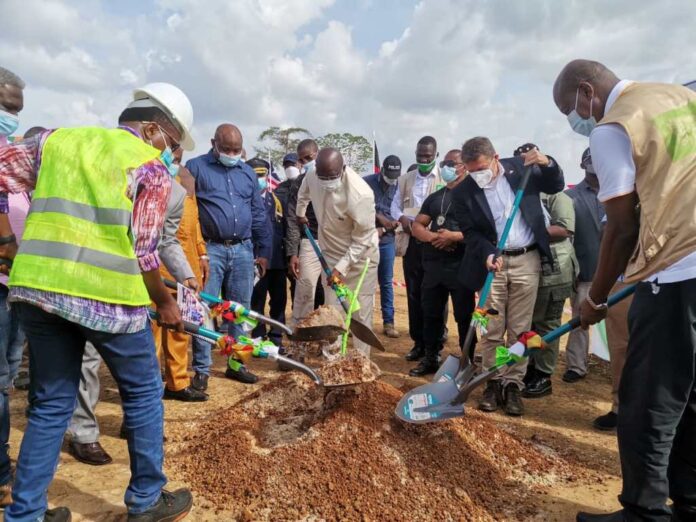 GRAND GEDEH COUNTY, LIBERIA-President George Weah is commending the Government and people of Germany for their enormous assistance they continue to give to Liberia.

President Weah recalled that Germany has always stood with Liberia in the areas of health, infrastructure, among other national development initiatives through bi-lateral and multi-lateral engagements.

He made the commendation on Saturday, February 20, 2021, in Zwedru City at ceremony marking the ground breaking of an eighty room modern referral hospital.

The hospital will be constructed by the Government of Germany with funding from the German Development Bank.

Meanwhile, the Liberian Leader is urging Grand Gedeans to cooperate with the construction team in the implementation of the project.

President Weah then urged the citizens to continue maintaining the peace, a critical recipe for developing Grand Gedeh County.

For his part, the German Ambassador to Liberia has reaffirmed his Government’s commitment to partner with the Liberian Government in improving the lives of the people of Liberia.

Ambassador Hubert Jager assured the Liberian Government that Germany will continue to impact the lives of local communities, particularly in Southeastern Liberia.

He said:” Germany will continue stand by Liberia in its development drive, and is looking forward to deepening relationship and bilateral cooperation between the two countries.”