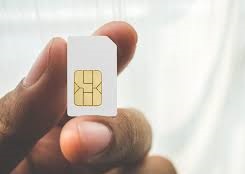 MONROVIA, LIBERIA-The Director of the National Public Health Laboratory John Doegba says despite a significant progress at the National Reference Lab, financial support is needed to increase the number of reference labs in the country.

Mr. Doegba said due to the improvement at the National Reference Lab, Liberia has been able to carry out testing of infectious diseases including covid-19 on a larger scare, rather than sending samples abroad.

Speaking to ELBC Tuesday, Mr. Doegba said as part of the plans to expand public health diagnosis, four regional reference labs are expected to be set up in Bong, Nimba, Maryland and Lofa Counties.

He said the setup of these reference labs, will help in reducing the length of time a disease sample is taken from a location to the National Reference Lab.

He said the National Public Health Laboratory is also exerting efforts in improving the capacities of clinical diagnosis laboratories in the fifteen counties to help speed up testing of cases.

First Dialysis Center to be built in Liberia