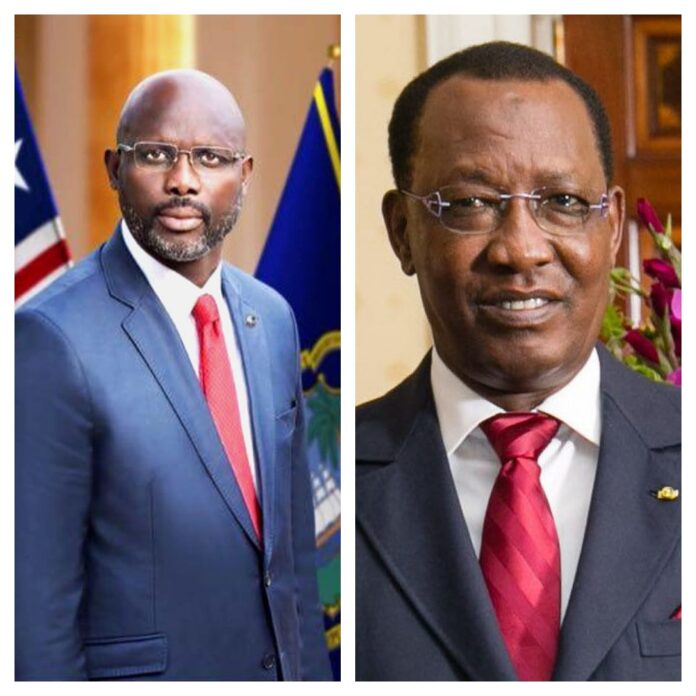 Monrovia, Liberia – Tuesday, April 20, 2021 – President George Weah is urging all parties in the Chadian conflict to cease hostilities and go to the negotiation table for the sake of their people.

President Weah’s call comes after the death of Chad’s President Idriss Deby, who was killed while visiting a frontline in the north of the country.

The President wants the new leaders in Chad to work towards a speedy restoration of democracy.

President Weah is also urging a more robust engagement into the Chadian conflict by the United Nations, the African Union, and other regional bodies.

His statement was contained in a condolence message released by the Executive Mansion Tuesday night.

The Liberian Leader lamented the fond memories he still has of the deceased African leader for the crucial role he played in the consolidation of ties on the continent.

President Weah said Liberia stands with the people of Chad during this difficult time in their history.

The Liberian Chief Executive added, “the people of Chad deserve peace, security, and development. We are happy to lend a hand of support in solidarity with a sisterly nation”.