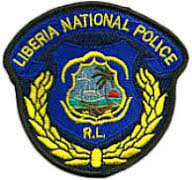 ELBC Bomi County correspondent said the incident happened Sunday when Officer James Freeman and his lover were traveling on a motorbike to the Gbalasuah Community.

According to our Correspondent, while in in route, Officer Freeman was allegedly attacked by some unidentified individuals who demanded that he gave them his belongings.

Officer Freeman is currently undergoing treatment at the Government Hospital in Tubmanburg.

Our correspondent said Police have not made any arrest since the incident.

Lofains rally to welcome Prez. Weah on the start of his tour of the county Thursday