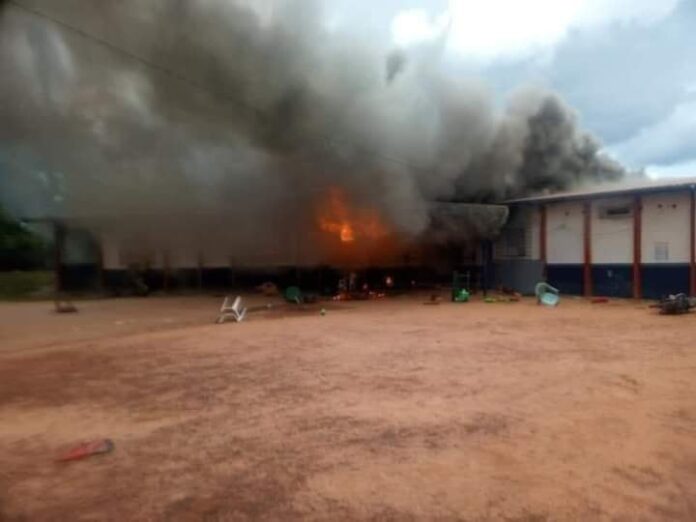 According to ELBC Grand Gedeh County Correspondent, last month, a Fullah man beat a man identified as Abraham Flagar for ten Liberian Dollars , who subsequently died as a result of internal bleeding.

Our Correspondent said due to his death, angry crowd took to the streets Tuesday, May 18, 2021, setting up road blocks and forcibly shutting down Fulani businesses in Zwedru.

Our Correspondent said while protesting, a pickup belonging to the Police Special Unit (PSU) ran into the angry crowd, thus smashing one of the protesters, identified as Wilson Nenneh.

The mob suspects that Wilson is dead, but hospital sources have not confirmed if he is still alive or dead.

According to our Correspondent, as a result of the motorcyclist’s head condition, the mob marched on the Zwedru Police Station, overpowered the officers and set it ablaze.

Police Spokesman, Moses Cater, told ELBC that authorities were working assiduously to restore calm, describing the burning of the station as unfortunate.

Meanwhile, Grand Gedeh County Superintendent, Kai Farley, has appealed for calm, and at the same time calling for reinforcement of security to address the situation.