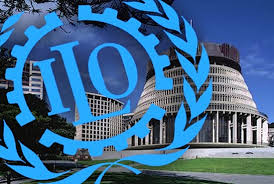 ILO-Liberia Coordinator, Haji Massalay said for the past two years, Liberia has not reported on ratified ILO Conventions, thus placing it on the list of countries that are non-compliant.

Mr. Massalay said by ratifying the ILO Convention, it becomes binding on the country to report on the application of the convention after every two years.

He was speaking at the opening of a two day capacity building workshop pn the formulation of legislations, policies and joint proposal development based on International Labor Standards.