Monrovia, Liberia – The Acting Director-General of the National Commission on Higher Education has emphasized the significance of the recent memorandum understanding with three international institutions.

The Acting Director-General of the NCHE, Rev. Andrew Lablah described the move as a giant step toward improving the quality of education in Liberia.

Rev. Lablah said through the MOUs, the institutions will work with the NCHE and other Liberian institutions to establish quality assurance within the various universities.

He told ELBC Monday, that such an academic audit will compel higher learning institutions in the country to be responsible and push for growth that will better position them for world university rankings. 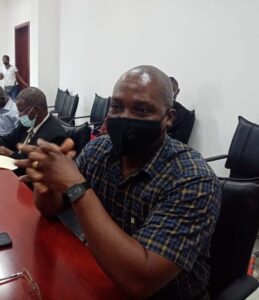 The three partner institutions are the Accreditation Service for International Schools, Colleges and Universities based in the UK, the International Academic and Management Association of India, and PraxiLab based in Egypt.

Liberia Gov‘t links with US in Kante’s Diplomatic...