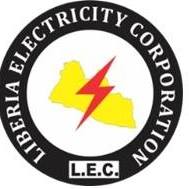 This means the LEC will be doing their routine load shedding for communities and households that are connected to the national power grid.

A statement said the critically reduced inflow of water at the Mount Coffee Hydro Power plant has forced the Liberia Electricity Corporation to use the more costly Heavy Fuel Oil (HFO) to generate Electricity at the Bushrod Island station.

With water running dry at this time of the year, the LEC is unable to run the Hydro at full capacity thus making communities and households to be without power at some time interval.

With the load shedding operations, the LEC cannot put on all the communities on at the same time, according to the schedule published by the corporation thereby running on a ‘time by time’ basis.

According to the Corporation, since the Mount Coffee situation changes on a daily basis, LEC will adjust the level of load shedding to minimize the impact on customers while conserving fuel.

LEC had hoped that this dry season’s demand would be met by excess power purchased from Cote d’Ivoire and delivered over the new CLSG line. However, connection to the CLSG regional grid has been delayed to April 2020.

The load shedding operations is likely to continue throughout the dry season.