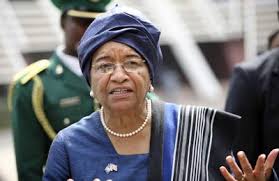 MONROVIA, LIBERIA- Liberia has received another international re cognition to provide oversight over WHO panel, to review the global response to the coronavirus pandemic.

It followed the appointment of former   Liberian President Ellen Johnson-Sirleaf and the former Prime Minister of New Zealand, Helen Clark, as Heads of the panel to review the response to the virus.

Former President Sirleaf and Prime Minister Clark were appointed Thursday, July 9, 2020, by the Director General of the WHO, Dr. Tedros Ghebreyesus, at  the WHO’s  daily  COVID-19 Press briefing.

Dr. Ghebreyesus   said:” The pandemic preparedness and Response Panel will evaluate the world‘s response to the pandemic and offer needed recommendations.”

The WHO Boss disclosed that the two former female Heads of States will select other panel members as well, as member of an independent secretariat to provide support.

Responding to their appointments, former President Sirleaf and Prime Minister Clark thanked the WHO for the responsibility, and described it as a challenge that requires everyone’s efforts

In the last twenty-four hours, thirty-six new confirmed coronavirus cases have been reported, bringing the Country’s total cases to nine-hundred-fifty-seven.

Three persons have recovered from the virus, bringing the total number of recoveries to three-hundred-eight.

Election must be accorded within the confines of the Law – CPP Lead Lawyer Cllr. Benedict Sarnoh

Election must be accorded within the confines of the Law – CPP Lead Lawyer...