Monrovia, Liberia – This festive season, Liberia’s Culture Ambassador Juli Endee is set to put smiles on the faces of many Liberians with exciting prizes and promotions as part of her Prevenient Grace Album raffle draw.

The grand prize of the Prevenient Grace Album Raffle Draw goes on offer on Thursday December 24, along with several valuable items.

The grand prize, a brand new car Ford Figo, will be given away to a lucky winner to mark the end of raffle draw organized by the Queen Juli Endee Production in promotion of her Prevenient Music Album.

Already several rounds of the raffle draw were held prior to its suspension due to Covid-19 and after the resumption, three draws have taken place since October 24, with lucky winners walking away with valuable prizes including Motorbikes, Cooking Stoves, Kekeh, among other items. 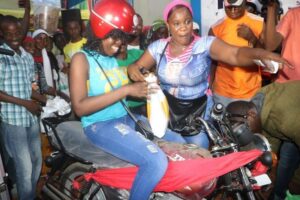 The resumption followed a go-ahead from the National Lottery Authority, which conducts and supervises the exercise. 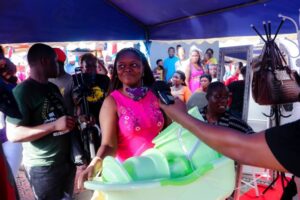 According to Culture Ambassador Juli Endee, she included raffle draw in her album launch as a way of giving back to Liberians who have supported her work over the years.

The final draw is now set for Thursday December 24, 2020 at the Liberia Crusaders for Peace Headquarters on Capitol Bypass, under the auspices of the National Lottery Authority. 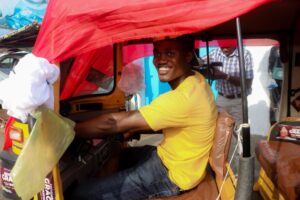 Ministry of Gender and Partners Celebrate Day of...