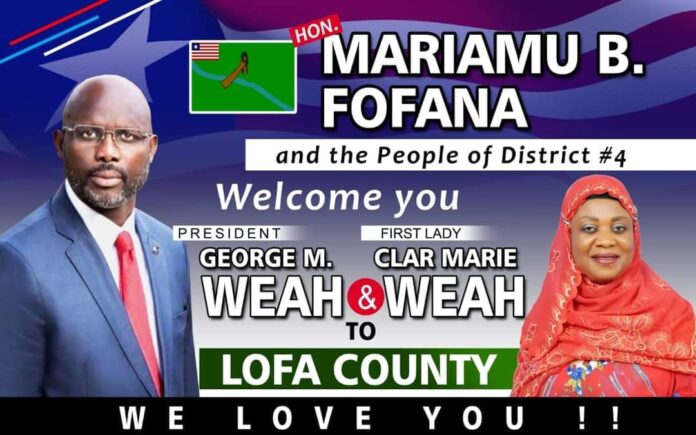 Representative Fofana said she will also ensure the huge turnout by the people of Lofa to be translated into votes come 2023.

Speaking at a town hall meeting in Konia Friday, the Lofa County District-4 lawmaker said the dynamics of Lofa politics is about to change in order to put the development of the County first.

According to her, President Weah’s promise to improve infrastructure developments in Lofa and pave the roads is on the verge of being fulfilled.

Responding, President Weah welcomed the decision by Representative Fofana and described Lofa as a victory County.

President Weah pleaded with citizens and leaders of the County to embrace the developments from the national Government above politics.