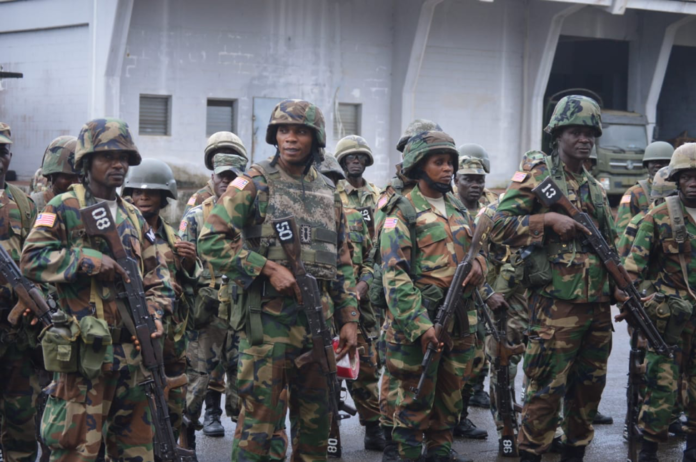 MONROVIA, LIBERIA-Liberian troops of the Armed Forces of Liberia (AFL) have arrived in Michigan, the United States of America to participate in this year’s war simulation training known as Northern Strike.

The Michigan National Guard will host about five-thousand-one-hundred participants from three US Army components, and units from Liberia, the United Kingdom and Latvia at the National All-Domain War-fighting Center from July 31 to August 14, 2021.

The Liberian Military Delegation is headed by the Deputy Chief of Staff of the AFL, Geraldine George.

AFL Chief of Staff Major General Prince C. Johnson III has expressed delight over the new role of the AFL, moving from observers to participants.

He stressed that those participants in the exercise will immediately be deployed in Mali as part of the United Nations Peacekeeping Mission.

The AFL Chief of Staff in a statement added that he has confidence in the State Partnership Program between the AFL and the Michigan National Guard, which has provided local and international trainings for personnel of the AFL.