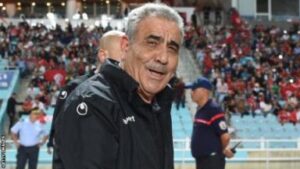 Benzarti was previously in charge of Libya from 2007 until 2009.

His first task will be to lead Libya in two Africa Cup of Nations qualifiers against his native Tunisia 16 November and Tanzania three days later.

“I thank the president of the LFF and for showing confidence in me again,” the 69-year-old said,

“I’ve already had experience in Libya and I consider it successful. I am optimistic, I came to work and promise to achieve victories.”
Benzarti’s last stint in charge of Tunisia ended in 2018 and since then he has coached both Morocco’s Wydad Casablanca and Tunisian side Etoile du Sahel.

He replaces Jalal Damja, who resigned after losing to Tunisia in 2020 African Nations Championship (CHAN) qualifying.

Klopp not sure of Salah return

Gov. to begin work on Bali Island in...