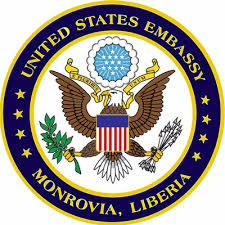 MONROVIA, LIBERIA –The United States Embassy is commending the efforts of the Weah-led administration for putting forth a well-considered Road map to end Sexual and Gender-based Violence in Liberia.

The Road map put in place by the administration of President Weah includes a comprehensive prevention strategy and commitment to funding various Ministries to support the strategy.

The US Embassy in a release said taking practical actions such as establishing a Sexual and Gender-based Violence Call Center and providing resources for survivors’ support demonstrate the Liberian Government’s determination to combat the menace.

It also called on government to target resources to survivors, take a strong stand against female genital mutilation and ensure swift and transparent prosecution.

President Weah congratulates his counterpart of the State of Qatar