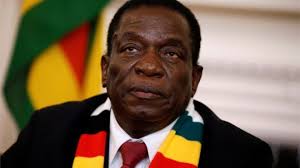 Zimbabwe’s cabinet has approved a proposal to rename 10 streets across the country after President Emmerson Mnangagwa. The proposed changes are part of a series of new names for streets and buildings.

“The name changes are mainly aimed at honoring the country’s national heroes, as well as nationalists from the region,” the state-run Zimbabwe Herald reports
.
Other people to be honored include Botswana’s former President Sir Seretse Khama and Angola’s former President Agostinho Neto.

“Cabinet noted that through the process of naming, every community or society defines its identity and culture, tells its history, and espouses its values, beliefs, norms and world view,” acting Information Minister Mangaliso Ndlovu is quoted by the Herald as saying.

Many of the names to be replaced reflect the country’s colonial past.

Liberia,New Zealand to provide oversight over WHO panel