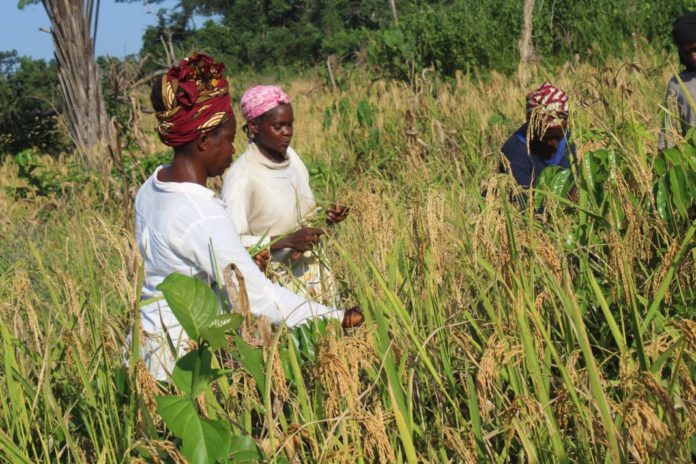 But since then, Yeleboh has found it very difficult to clear the tractors from the Free Port of Monrovia due to tax imposed by the Liberia Revenue Authority (LRA).

However, despite Kesseh’s frustration to get the tractors cleared from the port, the farmers in the district supported by him demonstrated their commitment this year to manually cultivate 253 acres of upland and 50 acres of lowland with rice which the farmers are almost at the verge of completing the harvest.

The Liberian rice value chain faces numerous challenges including limited, reliable and certified seeds as well as general lack of knowledge and equipment to mechanize in order to improve farmers’ yields and minimize post-harvest losses.

Many lowland and upland farmers lack improved skills and technologies to improve production. Post-rice harvest loses remain high as farmers are not able to process and store their crops quickly. As a result of such lack of capacity among Liberian farmers, the importation of rice has become the primary solution for meeting demand. Statistics show that Liberia spends US$200 million annually on rice