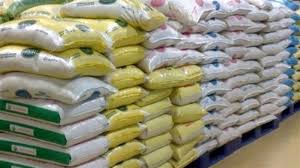 MONROVIA, LIBERIA – A huge consignment of rice has arrived in the country.

During a tour of the Freeport of Monrovia Wednesday, Commerce Inspector General, Josephine Davies, told journalists that the consignment of rice will last for the next six months.

Madam Davies warned rice dealers against the hike in the price of rice, or face closure of such business entity.

Also speaking to the press, the Warehouse Manager of Founi Brothers, Ali Jichi, said more rice is expected in the country in the coming days.