It seems that the deportation of Bucky Raw from the US to Liberia might have come with good-luck as the rapper’s recently released mixtape “Country Soda 2” (CS2) continues to top iTunes World Music Albums chart and Amazon Best Seller in the International category, respectively. 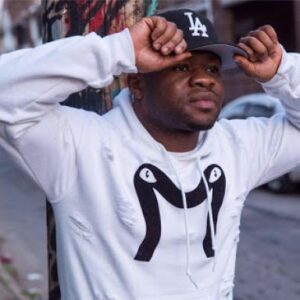 The feat, achieved by the self-proclaimed Trapco king, has made him the first Liberian artistes to have ever accomplished such a record. Bucky, who has once again proven his legacy as a hitmaker, got a surprise shutout from one of Africa’s biggest music producer, Don Jazzy, for reaching such a milestone.

And since then, Bucky has been peppered with lots of praises from Liberians, including his colleagues in the music industry, with one of them being JB from the group Soul Fresh, who wrote that the artist’s accomplishment is a big win for the industry.

“Let’s celebrate the man, this is major, it has never happened before.  We all cannot blow at the same time but through one person the world can see what we all are doing,” JB posted on his Facebook page.

The Nimba County native’s 12-track mixtape is filled with lyrics that are derogative to women and considered by music critics unfit for listening due to its negative or abusive melodic.

However, despite the fact that the mixtape is highly filled with rude lyrics, its demand among female Liberian music lovers, who are the key promoters on social networks urging their friends to get a copy of the mixtape, has surged.

Bucky has so far praised his fans and the public for the huge support that led him to achieve such a milestone and has set a target of 50,000 digital sales for the mixtape.

“Country Soda 2” (CS2) has been produced by over five producers, making it Bucky’s first studio mixtape. The cover art for the 12-track collection features a child with a hat on, standing in front of a group of people behind him.